So how long can you drive on a spare tire? Since you're not supposed to go faster than 50 miles per hour on a donut, you can expect to drive for about an hour and a half at those speeds.

More realistically, you'll get a couple of hours of driving time. That's plenty to get you to the nearest repair shop.

But what if you need to go farther? And what if you've already used up your spare? We're going to look at how we can maximize that distance and why we should respect those limits.

Quick Navigation
What Kinds of Spare Tires Are There?
Full-size Spares
Where Should I Install my Spare Tire?
What Happens If You Drive More Than 70 Miles on a Spare Tire?
Dangers of Driving on Donuts
Conclusion

What Kinds of Spare Tires Are There? 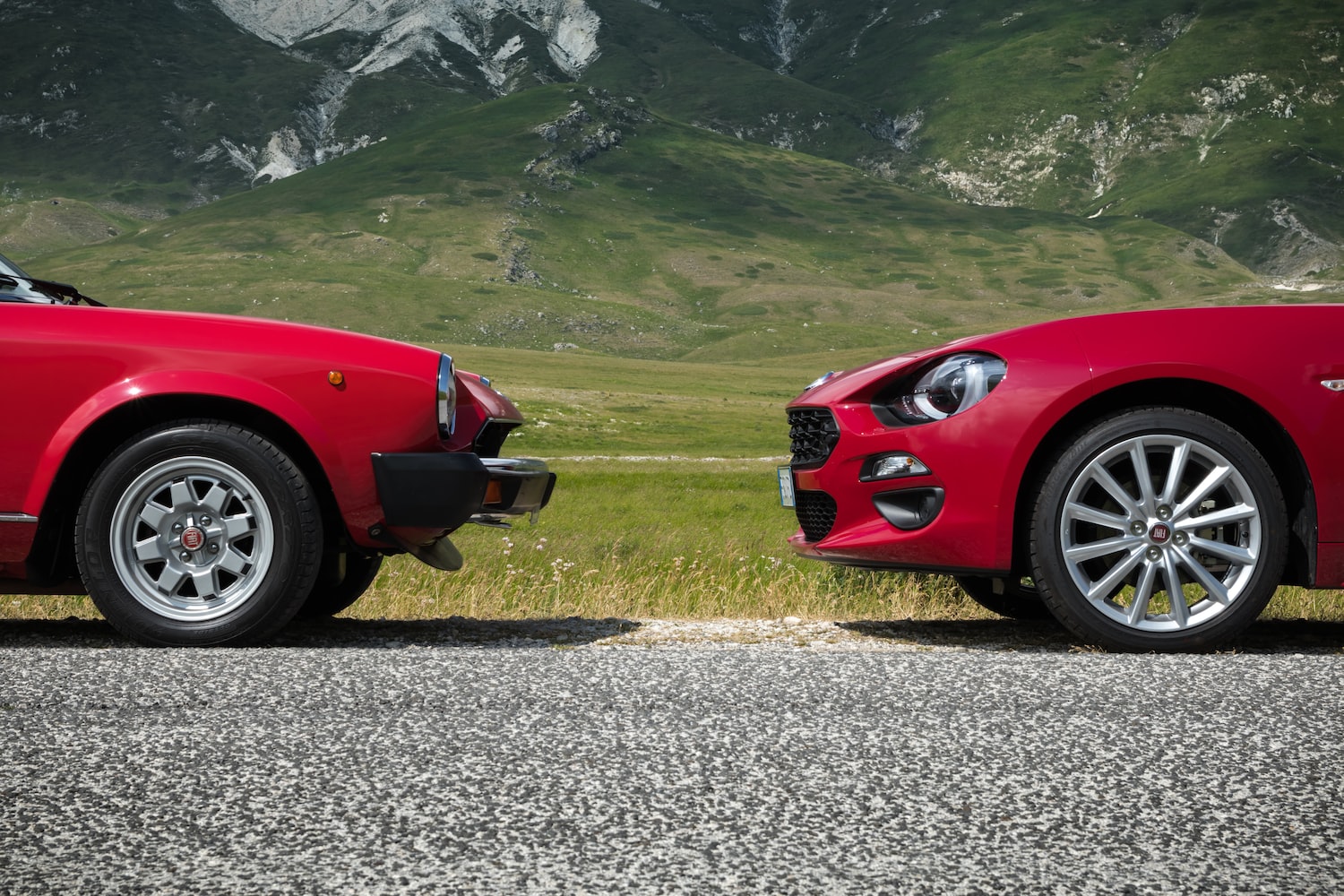 Generally, there are two kinds of spare tires. First is the one we already mentioned, the donut. Also called a “space-saving” spare, these are simple tires mounted to a basic steel rim. The other kind are full-size spares, which are just like a 5th wheel or tire in your set.

Let's take a look at how each of these differs and performs.

The space-saver, or donut is always smaller than the rest of your tires, both in diameter and in width. This makes it light and easy to hide in the trunk. But that also comes with some sacrifices.

Frequently a donut will feature a painted rim, often in yellow or red, which alerts other drivers. It's also a convenient reminder to you to get your tire changed.

The lug pattern on the spare should match that of your wheels; otherwise you won't be able to install it.

The biggest drawbacks of donuts are their reduced size. First, the smaller diameter can cause damage to the differential over time, and we'll get back to that later.

More importantly, the thinner tire reduces your grip with the ground. That can pose a safety hazard in unexpected situations.

However, the donut makes for a great spare tire, especially in urban environments where you're never too far away from a service station.

But if you plan on venturing far beyond your city limits, you might want to get something bigger. 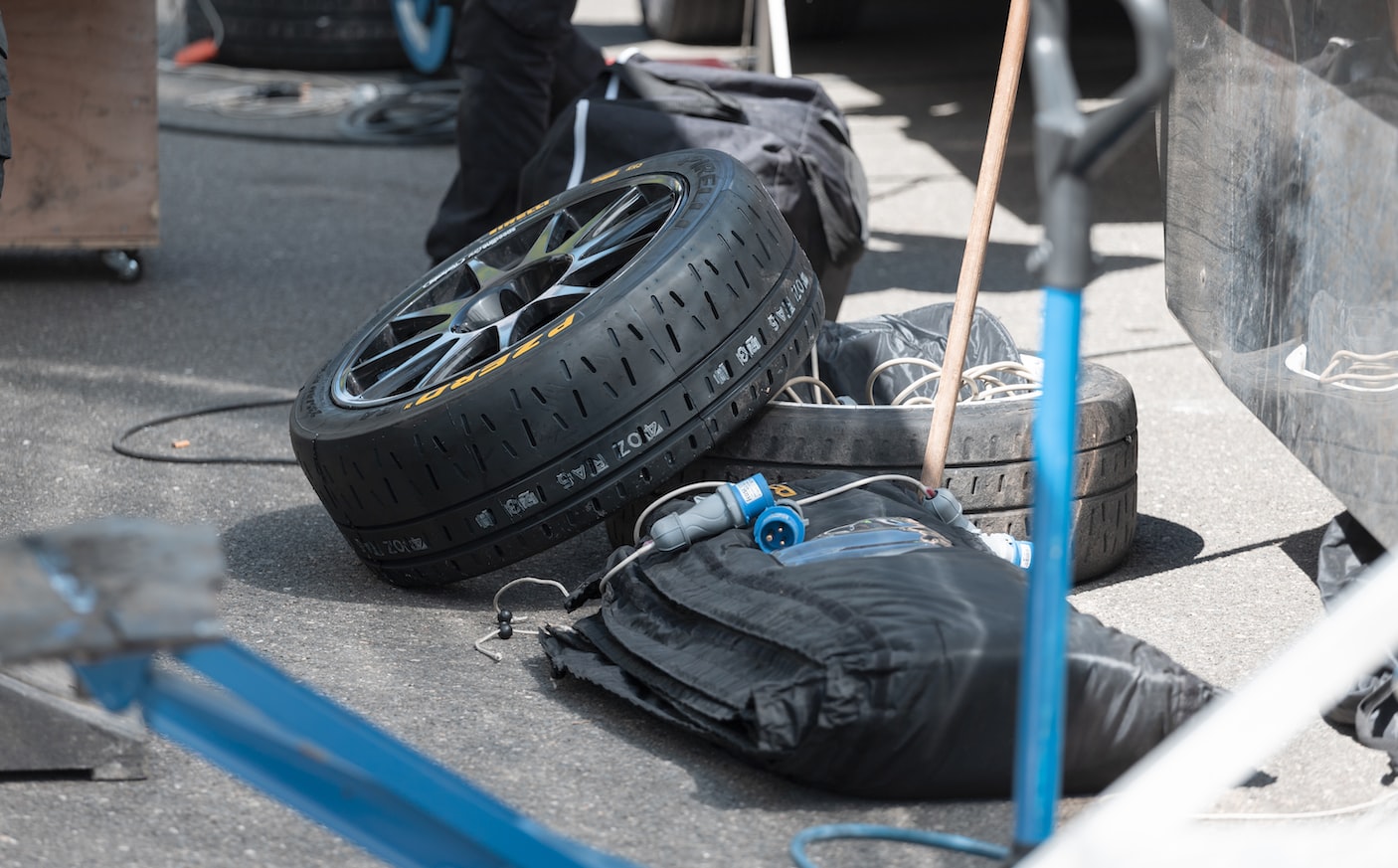 Picture the back of a Jeep. What comes to mind? Probably that big 5th tire hanging off the rear gate.

That is a full-size spare, and it's an excellent choice for folks who like to go off-roading and venture outside the white lines.

Full-size spares are, as their name implies, really just another tire. They feature the same rim and rubber that your regular set of four has.

You can often ask the dealer for a factory 5th wheel as a full-size spare. But if not, you can also get full-size spares very affordably by looking for wrecked vehicles or parts for sale. Keep in mind that if the spare is used, then it should only be used sparingly.

A full-size spare is rated to drive as long as any other tire, which means in excess of 15,000 miles. Since they're the same as the rest, you can simply swap tires and carry on as if nothing ever happened.

The obvious disadvantage is size. Most small vehicles don't have space for a full-size spare. Larger trucks and SUVs may have to install a mount on the outside of the car in order to hold the spare tire.

Where Should I Install my Spare Tire? 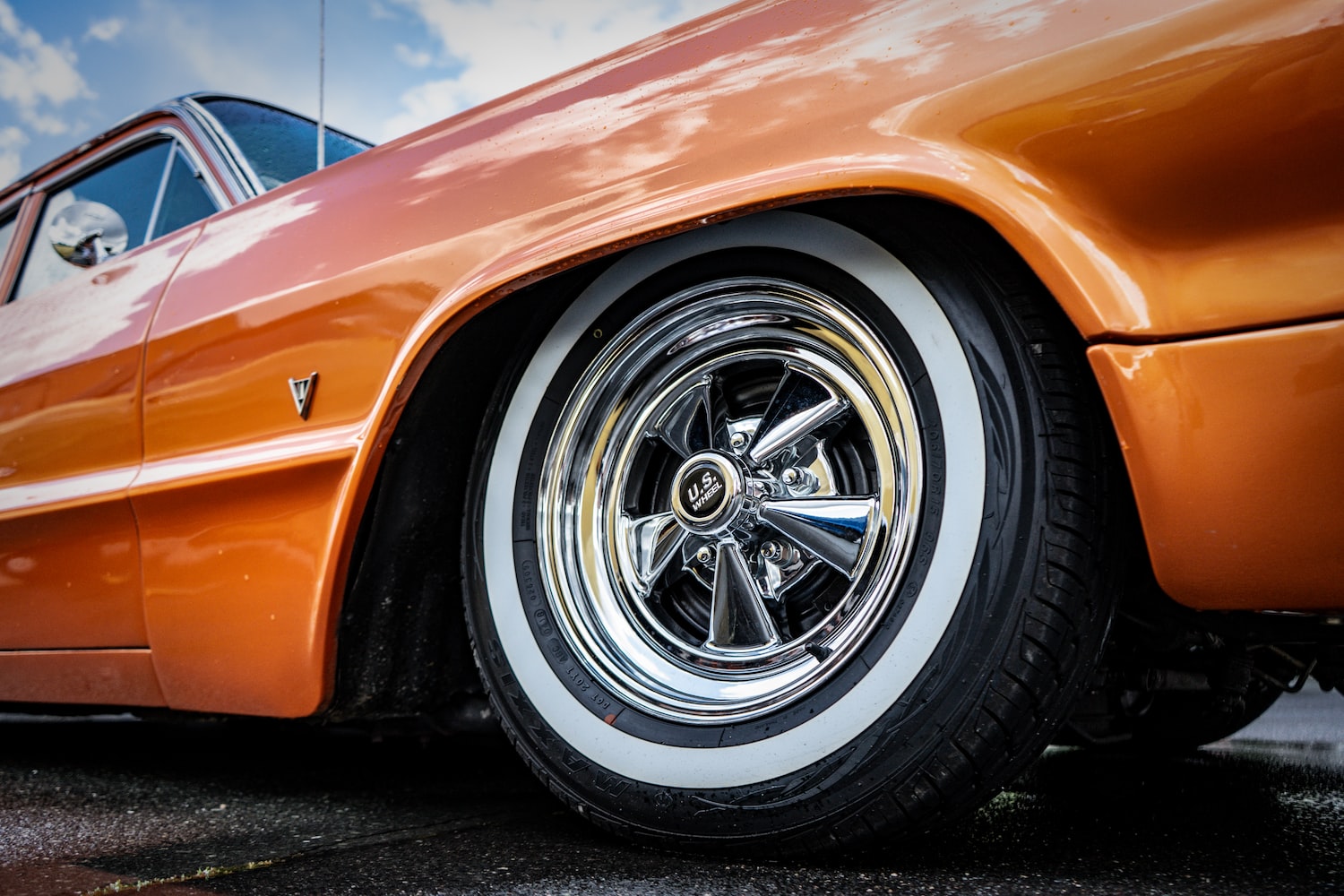 Most of us will pull over, pop off the bad tire, and swap it with a spare right away without thinking. Instead, you should analyze the situation first.

First of all, which tire is flat? If it's a driving wheel, that is one of the front wheels on a front-wheel drive car, or the back on rear-wheel drive cars, then don't put the spare there.

Driving wheels work best when they have full traction and can transfer power from the engine to the ground.

If your driving wheel is flat, the next question is where are you? Is it safe to perform a multi-wheel change?

For instance, if your driver-side wheel is damaged and you've pulled off to the side of a highway, you may only want to make one maneuver.

How long can you drive on a spare tire? Remember, 70 miles; so you may just want to install the spare and get to a safer location to make further changes.

The majority of cars we own are front-engine, front-wheel drive vehicles. In these cases, your spare should be on the back wheels at all times.

If you have a full-size spare, there's no need to shuffle the tires around since your spare is an exact replacement of the blown-out tire.

What Happens If You Drive More Than 70 Miles on a Spare Tire? 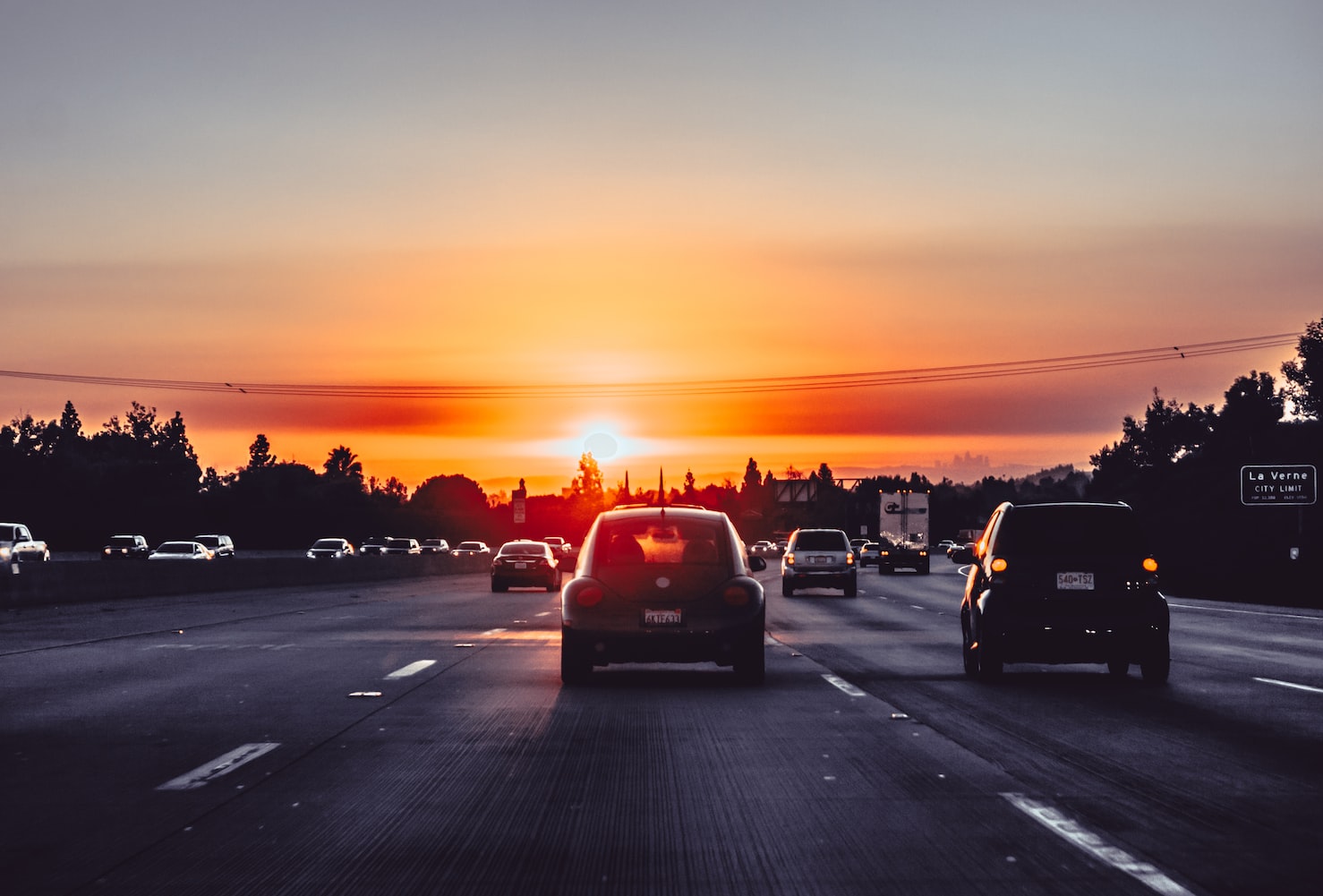 We've all got that one uncle who boasts about driving 200 miles on a donut or how he filled a tire with Fix-a-Flat and drove across the country. And even manufacturers will admit that you can probably get away with more than the rated numbers if need be. So what really happens if you go beyond the recommended maximum miles on a spare?

In truth, not much will happen immediately. But there are some hazards you need to be aware of. If your only option is to drive another 20 or 30 miles to get to a place where you can fix your tires, then fine. But drive carefully and stick to the 50mph maximum.

There's one spot on the car that suffers when you use a space-saver tire. That's your differential. The differential allows the wheels on the left to spin at different rates from those on the right. Hence its name: it handles the difference.

A smaller wheel must turn faster to keep up with a larger wheel. Your space-saver donut rotates more times in the same distance as the regular tire on the opposite side. This means your differential is constantly working to neutralize the difference in force.

Normally your differential only has to do work when you're turning. When you drive in a straight line it's meant to just sit there. Therefore, driving a while on a donut is going to stress the differential.

Dangers of Driving on Donuts 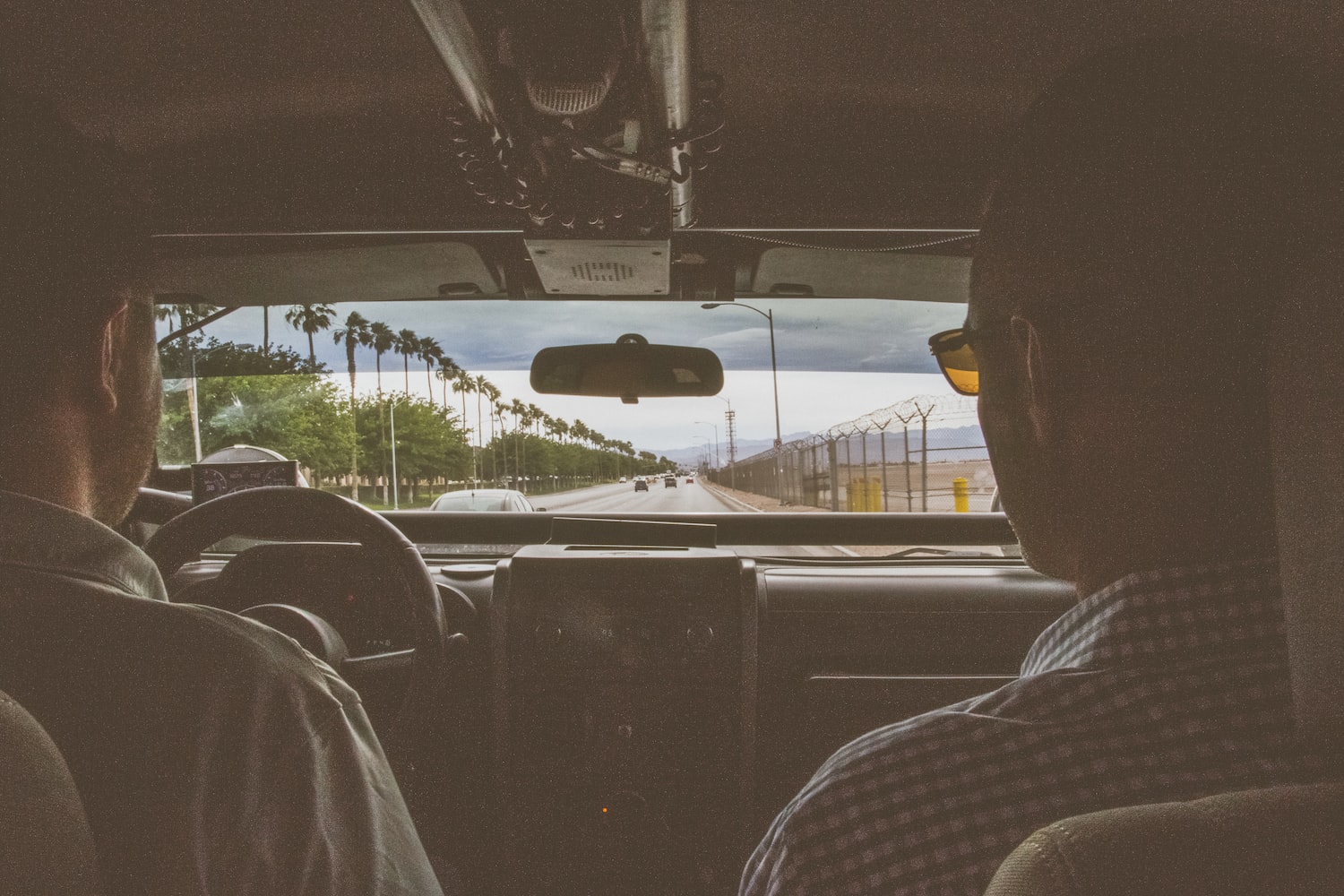 Besides the possible damage to your differential, you should also realize that driving on a donut isn't the same as using a full-size spare or original tire. The smaller width and circumference mean that less tread is on the road.

Less tread means less traction. That means less control if your car skids out on some rain or less grip on gravel and dirt. If you have to drive in adverse conditions, such as snow or mud, you absolutely need to replace that spare as soon as you can.

Making matters worse, spares tend to have much thinner rubber walls and feature weaker steel inner tubes. Speeding over a pothole in your spare could cause damage to the alignment of the wheel hub itself, even breaking the spare!

Should you Repair a Spare?

Please don't be the guy that asks “How long can you drive on a spare tire after repairing it?” If you're seriously considering repairing a spare, you're setting yourself up for trouble.

A full-size spare could be repaired by a tire shop if the damage is easily fixed. Punctures in the tread of a tire can be repaired relatively easily.

However, damage to the sidewall is usually impossible to properly repair. Space-saver spares should not be repaired and should be thrown away.

Generally, you shouldn't re-use a donut either, unless it was barely used the first time around.

So, how long can you drive on a spare tire? Let's review

On space-saver spares, keep it to 70 miles unless you absolutely have to travel further than that to make it to a repair shop.

Don't use space-savers in situations with difficult driving conditions, such as heavy rain, snow, mud, or dirt roads. For those cases, use a full-size spare if you can bring one with you.

Full-size spares are the same as any other tire, so you can swap it and carry on as if nothing had happened. Still, be mindful of when your other tires need replaced.

Remember that driving on a spare puts your system out of balance. It's best for you to get a new spare after using yours, and make sure that all of your tires have the same tread life on them.

This will prevent damage to your car and keep you safe out there on the road.

Why Is My Car Shaking? 5 Possible Causes and How to Fix Them

Pimp Your Ride With 7 Tips on How to Paint Rims

Does Cruise Control Save Gas? The Inside Scoop on MPG